It’s been a busy last few months once again. For one the Saboteur Awards are in full swing (and if you haven’t nominated yet, you have until the end of the month). These always take up a lot of mental and physical energy from me, and every year I do feel like throwing the towel at this stage, only to remember in the second stage why I love them so much….

For another, things have been heating up over at Annexe where I’ve been accepting all sorts of brilliant poetry projects in my new role as poetry editor. I am puzzling over the best way to showcase some of them. Coming up soon is JT Welsch’s brilliant poetry pamphlet The Ruin, which should appeal to anyone who fancies a sequence based around Tunisia that jumps from old Star Wars sets to the footsteps of visiting artists, to the tourist’s role in ruins. The joy of working for Annexe is that there isn’t a one-size fits all, and with this pamphlet we definitely hope to create something that will really complement the poetry….

Elsewhere, the Other Countries: Contemporary Poets Rewiring History anthology is continuing to travel around. We’ll be showcasing it at the Cheltenham Poetry Festival on 3rd May in Oxfam at 3pm. There will be readings from poets David Clarke, Alex Dally Macfarlane, Lou Sarabadzic, and Ross Cogan.

I’ve never been to the festival so I’m very excited about this. Straightaway afterwards my co-editor Gareth Prior and I will also be giving a reading.

It’s hard to keep track of my book parcels of late, but I was very happy to receive a copy of Simon Barraclough’s Sunspots, which was exactly what I expected it to be: clever, the right side of wry, funny, expansive…. Recommended for space explorers.

Elsewhere, B. C. Edwards’ From the standard cyclopedia of recipes, a poetry collection I picked up in WORD Brooklyn last year, is probably my favourite thing at the moment.

I also received my contributor copy of the Black Light Engine Room. It’s a beautiful object with a tattoo-like cover that’s refreshingly different from other zines and I’m very happy to be included in it. It features all sorts of fantastic poets and is generally an unstuffy joy. It includes four of my poems which I wrote during the last 100 poems in a day challenge in August 2014.

However, to anyone with a copy, I would like to point out that the stanza beginning ‘A brick remembers’ in ‘Splendour in the Graveyard’ is actually a whole new poem and not a second stanza at all (‘A brick remembers’ is the title). Errors are completely human, lord knows I’ve made my fair share, and editors put in an awful lot of work (and money) into these labours of love. So I only want to clarify this to anyone reading the poems in case it’s been puzzling them….

Sometimes your friends keep telling you about how awesome something is, and they tell you in enough detail that you feel you might have already seen it. This can be dangerous, as I almost didn’t go and watch Ross Sutherland’s Standby for Tape Back-up, so convinced was I that the vision in my head would be identical to the show that I didn’t need to see it.

Well, that would have been a shame. I think it’s been written about enough that you know how technically proficient the whole set up is, or how Sutherland manages to make pop culture that has long been embedded in our psyche feel completely new. It’s a brilliant concept, and it has such a big heart too, a combination that makes it pretty lethal.

I was probably the worst audience member you could wish for: claustrophobic, dour, hungry, and I still loved it. So what an impact it must have made on someone in a better frame of mind I can only imagine…. 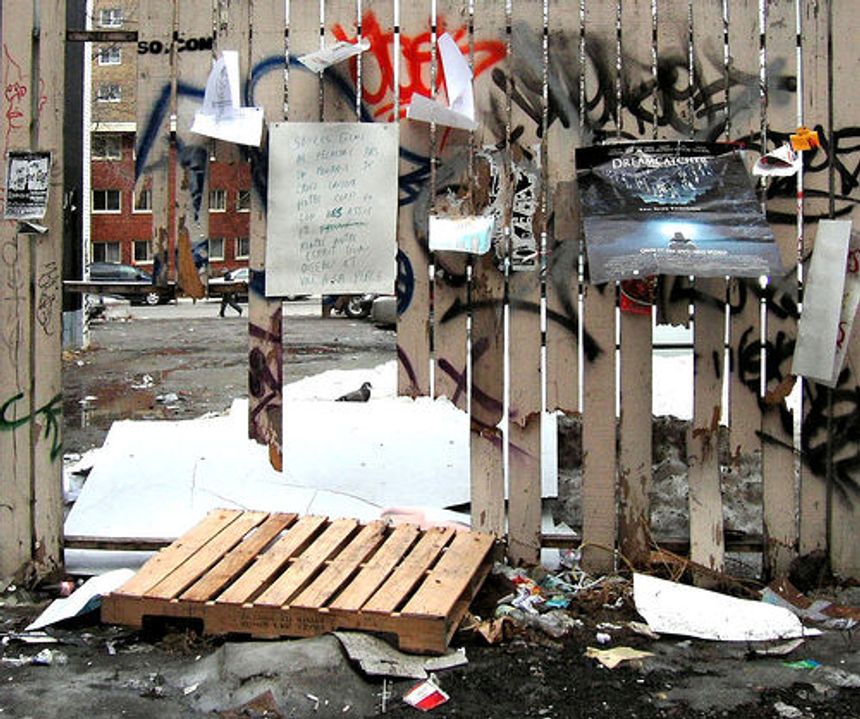 @CTrevien Yay! But seriously, also some of the most generous and helpful editorial feedback I've had. Thank you! Emailing you now.

How could you NOT nominate in the #saboteur2015: the alternative literary awards? Do it now!! http://t.co/POyWFIraQu

So, automatic Tweets are a little eerie! But you should totally do this! #saboteur2015 is actually trending! :D https://t.co/OVrHN7KtuF