With about a week left before the first round of the Saboteur Awards closes, I can't help but reflect on the whole process.

The awards are about as old as the website Sabotage Reviews itself. It started off quite simply in the first two years, concentrating on magazines. We tried a couple of different methods: the first year, we had a panel of volunteer judges (we posted copies of the magazines to each other). The second year we opened it to a public vote instead. Both years, the shortlist consisted of magazines reviewed in Sabotage, which made things clear cut but limited.

After two years of this, I felt the urge for the awards to be bigger, to have a wider reach, to bring attention to works I might not have heard of, and so, the awards in their current stage were created.

The current format is:

It's not perfect, but it was never intended to be. Most of the major literary awards are decided by a panel of experts. I'd like to think that people nominating and voting in the Saboteur Awards are just as expert. We try to filter spam voting by only counting nominations that nominate in at least three categories (with real things). Consistently, excellent work makes it to the shortlist (and some doesn't, alas, there's so much excellent stuff out there!)

A minority will always decry these awards as a popularity contest. I prefer to describe them as democratic. Not every nomination happens because someone has been hounding their contacts to vote for them. Every year, works get through to the shortlist without their writer or publisher even being aware of the awards or of their being in the running.

The ideal compromise would be, I suppose, to try something along the lines of Strictly Come Dancing, with half of the shortlist being determined by a panel, and the other half by public vote. This has been suggested to me a couple of times, but I can't see the practicality of it with twelve awards. It would considerably narrow the geographical scope too, particularly in the spoken word categories, depending on where these judges live (how many spoken word regular nights might they have access to, for instance?)

The breadth of the works that get nominated is one of the highlights for me of the process - there probably is a way to help bring to the fore those with less wind behind their sails - but I haven't touched on a solution yet that doesn't compromise the open nature of these awards.

If anyone has one though, do let me know!

Nominations are open until 30th April.

The Saboteur Awards are supported using public funding by the National Lottery through Arts Council England. 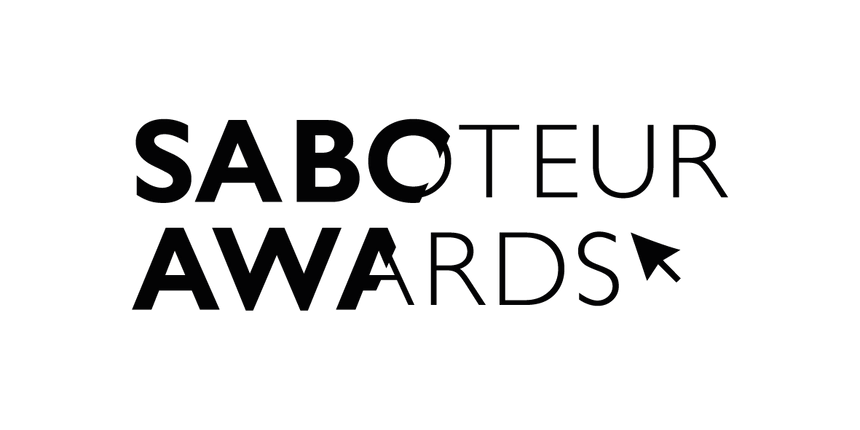